Wow! I cannot believe we have already gone through the first month of the New Year. It seems like just yesterday the ball dropped on Time Square, and now I have checked off January 2012 and have turned the page on my calendar. Even though the time has flown by, I have managed to learn a few things at the start of this New Year. 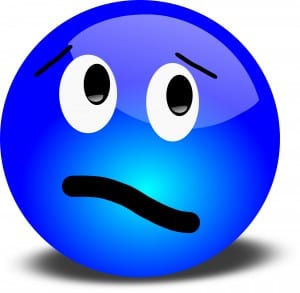 First, I read that January holds claim to the most depressing day of the entire year. Yes, the third Monday of January has become known as “Blue Monday.”  Psychologist, Cliff Arnall, devised a formula that calculated this day to be the day people hit their lowest point. Some of the factors that contribute to this result are lousy, cold weather, let down from the Christmas high, failing to keep New Year’s resolutions, and accumulating debt.

So what do you think? Is Cliff Arnall’s prediction accurate? Did you feel a little blue this January? I must confess January tends to be “blah” in my book. Nothing that sends me over the edge, but it does tend to put me in a state of mind in which I could use a little pick-me-upper. Thus brings me to the second thing I learned.

Did you know January 21st has been deemed “National Hugging Day?” Could this be the perfect antidote to all the depression we may be experiencing the first month of the year? Debra Auerbach, a CareerBuilder writer, wrote about the “hug” in her article titled, “Hugs in the workplace: Acceptable or personal-space invasion?” She explains, “It’s a simple gesture that can make a happy situation happier or help someone overcome with sadness feel a little better.” She goes on to state: “Studies have shown that hugs can actually make a difference in one’s health; research out of the University of North Carolina-Chapel Hill found that a hug can lower blood pressure and reduce the harmful physical effects of stress.”

I think the majority of us would agree that we could all use a hug from time to time. A hug says someone cares; it’s assurance that everything will be okay; it’s a way of congratulating and celebrating. A hug coming from friends or family feels perfectly natural to us, but is a hug ever appropriate in the workplace? Debra Auerbach also reported in her article that surveys conducted show 7 in 10 executives are under the opinion that hugging co-workers in the business environment is inappropriate behavior. They worry that the hug could be misconstrued as something unintended.

Personally, I would say an occasional hug is just fine as long as it is for the right reasons, done in an appropriate manner, and it is welcomed by the receiving party. A hug could definitely be a source of encouragement to many of us. Although I am quick to support the occasional office hug, I have to admit I felt a little awkward when my boss at HG Logistics, a third party logistics company and transportation broker in Cincinnati, Ohio, saw what this week’s blog was about and came over and gave me a big hug. The fact that he was acting goofy and did it in a silly, sarcastic manner may have been cause for the awkwardness. Nevertheless, I took the whole incident as a sign of his approval.

Depression? Hugs? Could the lack of hugs cause depression or could depression be cured by a simple hug? Although I don’t think that a hug is the complete cure-all or the lack of a sole cause, but I am convinced hugs hold significance in all our lives.

What do think? Share your thoughts. While I await your response, I think I will try to escape the lingering bouts of depression carried over from January by going and giving someone a hug.